The type FZN 25 high voltage indoor vacuum load switch and electrical comination is use for Three phase alternating current Concurrent 50HZ industrial power euipments , its can laod control and protect short current . Load switch is open-close load , closed current , and charging cables current . Electrical comination can close any current . There can be use by hand and power . FZN25 is designed by drive type , light weight .

A load switch is an electrical switch between an isolation switch and a circuit breaker. It has a simple arc extinguishing device that can cut the rated load current and a certain overload current, but can not cut the short circuit current.

Under the action of the separation spring, the spindle rotates clockwise, on the one hand, the piston moves upwards through the crank slide mechanism, compressing the gas. On the other hand, two sets of four-rod drive system make the main gate knife open first, then push the arc cutter to open the arc contact, the compressed air in the cylinder through the vent to extinguish the arc. 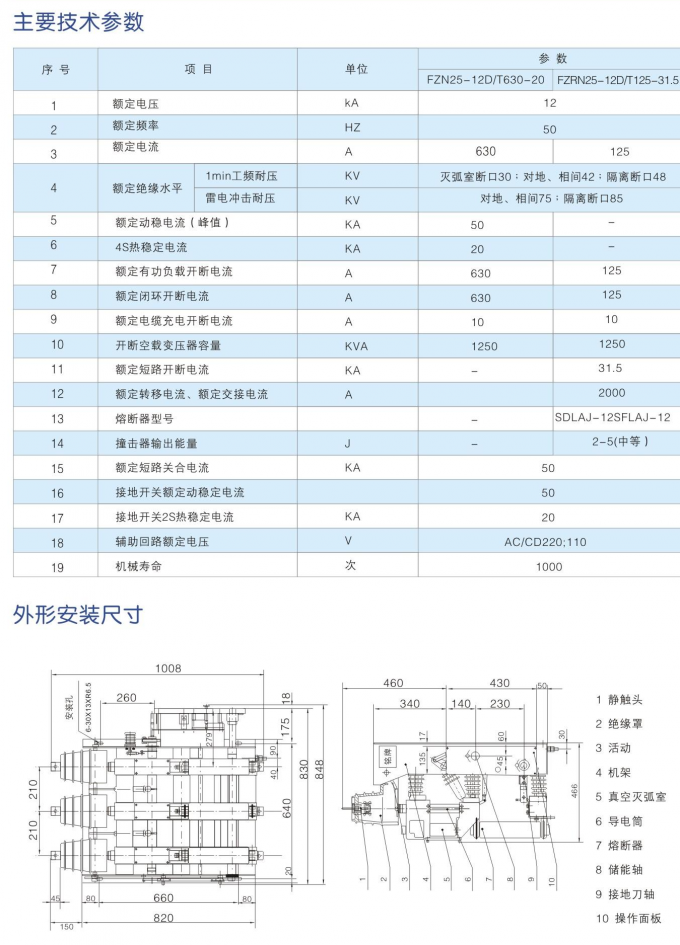